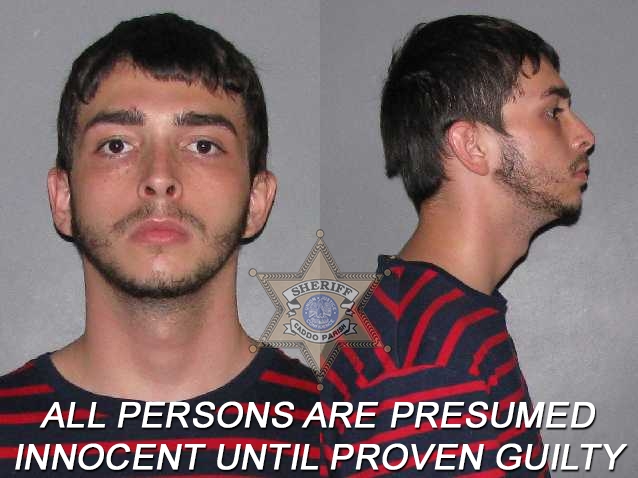 A man who was caught breaking into vehicles in south Shreveport is in custody this morning after fleeing from deputies and crashing his vehicle into a residence, said Caddo Sheriff Steve Prator.

Neighbors in the Deep Woods subdivision reported seeing a man with a backpack pulling door handles on several vehicles on Amblewood Lane just before 1 a.m. this morning. When the man realized he had been spotted by one of the residents, he fled in a Chevy Silverado, which was later determined to be stolen.

Deputies responded immediately and spotted the vehicle as it left the neighborhood at a high rate of speed. They attempted to stop the driver, but he refused, turning onto Pennine Court where he lost control, struck two vehicles, and crashed into a residence.

Jaden Kyle Bell, 20, of Keithville, was arrested and booked into Caddo Correctional Center for simple burglary, two counts of attempted burglary, theft of a motor vehicle, and aggravated flight from an officer.