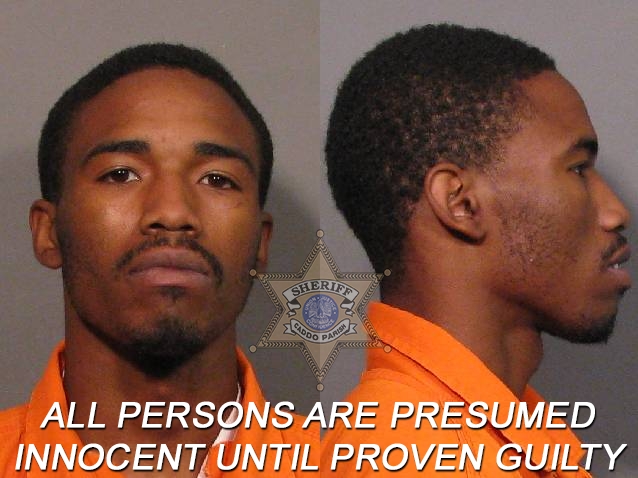 Four people are in jail in connection with an investigation into firearms that were stolen while in transport to a local gun distributor, said Caddo Sheriff Steve Prator.

On Oct. 15, Con-way Freight contacted the Caddo Sheriff’s Office to advise that one pallet containing 63 Colt AR-15s was missing from its terminal on Industrial Drive. None of the guns has been recovered, but Caddo deputies have arrested four people so far in their investigation, Sheriff Prator said.

The guns are described as black, 5.56 mm, semi-automatic with a law enforcement carbine and 16-inch barrel. They are valued at $800 each.

Con-way Freight reported that five pallets of guns were shipped from Hartford, Connecticut, and checked in at its Shreveport facility on Oct. 12. Two days later, company officials discovered one of the pallets was missing. When an internal search failed to locate the property, the Sheriff’s Office was contacted and an investigation was begun in cooperation with the local ATF office.

Among those interviewed by Sheriff’s detectives and ATF agents was Cameron Johnson, 21, of Keithville. Johnson was a contract security guard who was on duty at the freight company on the day the guns arrived. Following his interview, Johnson was arrested and booked into Caddo Correctional Center for theft of a firearm. Also arrested for theft of a firearm was Luther M. Williams Jr., 22, of Shreveport. Bond for both men was set at $500,000.

A third suspect, James D. Minor Jr., 44, of Keithville, was arrested by Shreveport Police on drug and traffic charges. Sheriff’s detectives and ATF agents interviewed him after his arrest, and he too was charged with theft of a firearm. His bond was set at $250,000.

On Oct. 17, Caddo Sheriff’s detectives, ATF agents, and the Caddo Sheriff’s Special Response Team conducted a search of a residence in the 11000 block of Domino Drive in Keithville. No weapons were found, but authorities did find a 65-inch television that was stolen from Con-way Freight on the same day the weapons were stolen.  David McNeil, 31, was taken into custody and booked for illegal possession of stolen things. His bond was set at $500,000.

None of the suspects arrested were Con-way Freight employees. The company continues to fully cooperate with the Caddo Parish Sheriff’s Office on its investigation.

The investigation is continuing. Sheriff’s Lt. Bill Rehak said it is possible that someone may have purchased one of the weapons and been unaware that it was stolen. Anyone recently acquiring this type of weapon from anyone other than an authorized or legitimate dealer is encouraged to contact the Sheriff’s Office.

Information in this case should be forwarded to Lt. Rehak or Detective Russell Hicks with the Caddo Parish Sheriff’s Office at 675-2170 or Crime Stoppers at 673-7373.