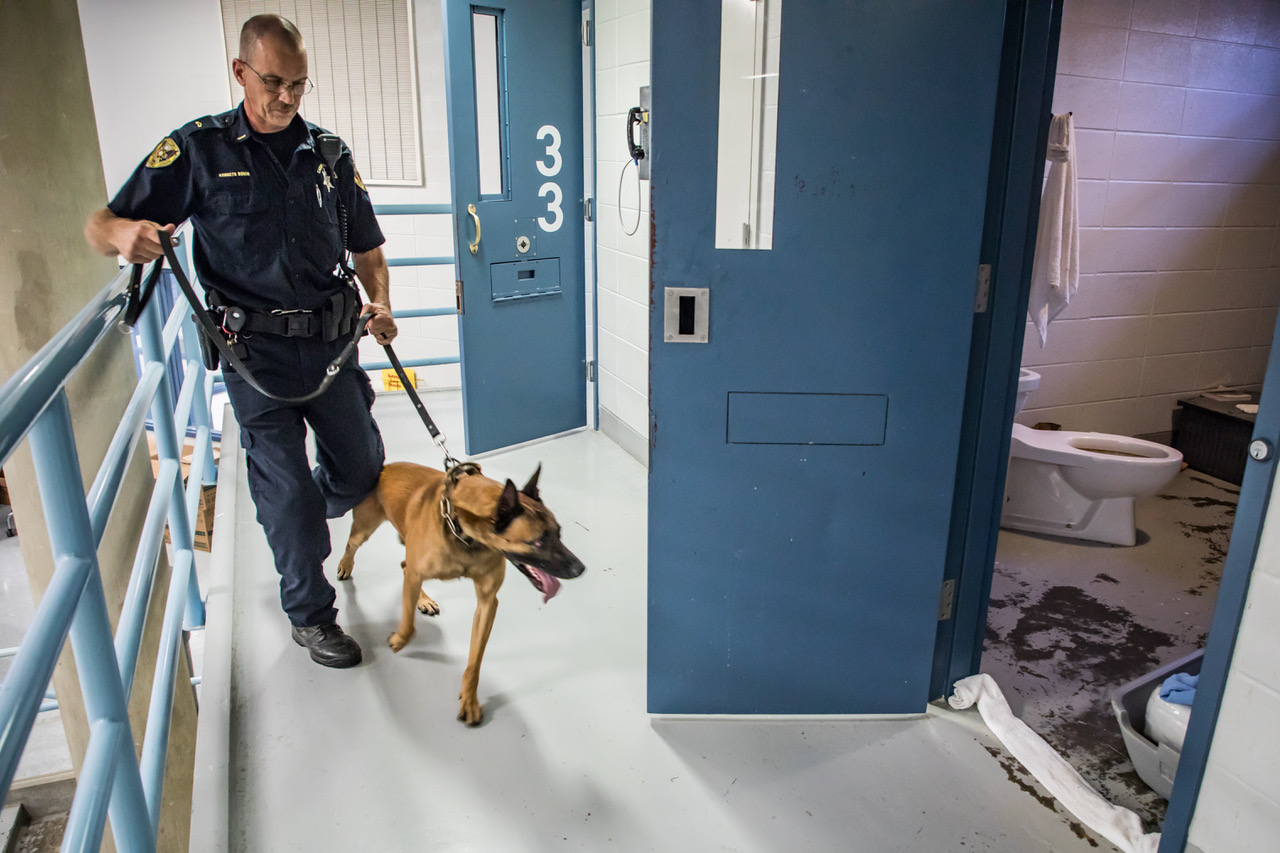 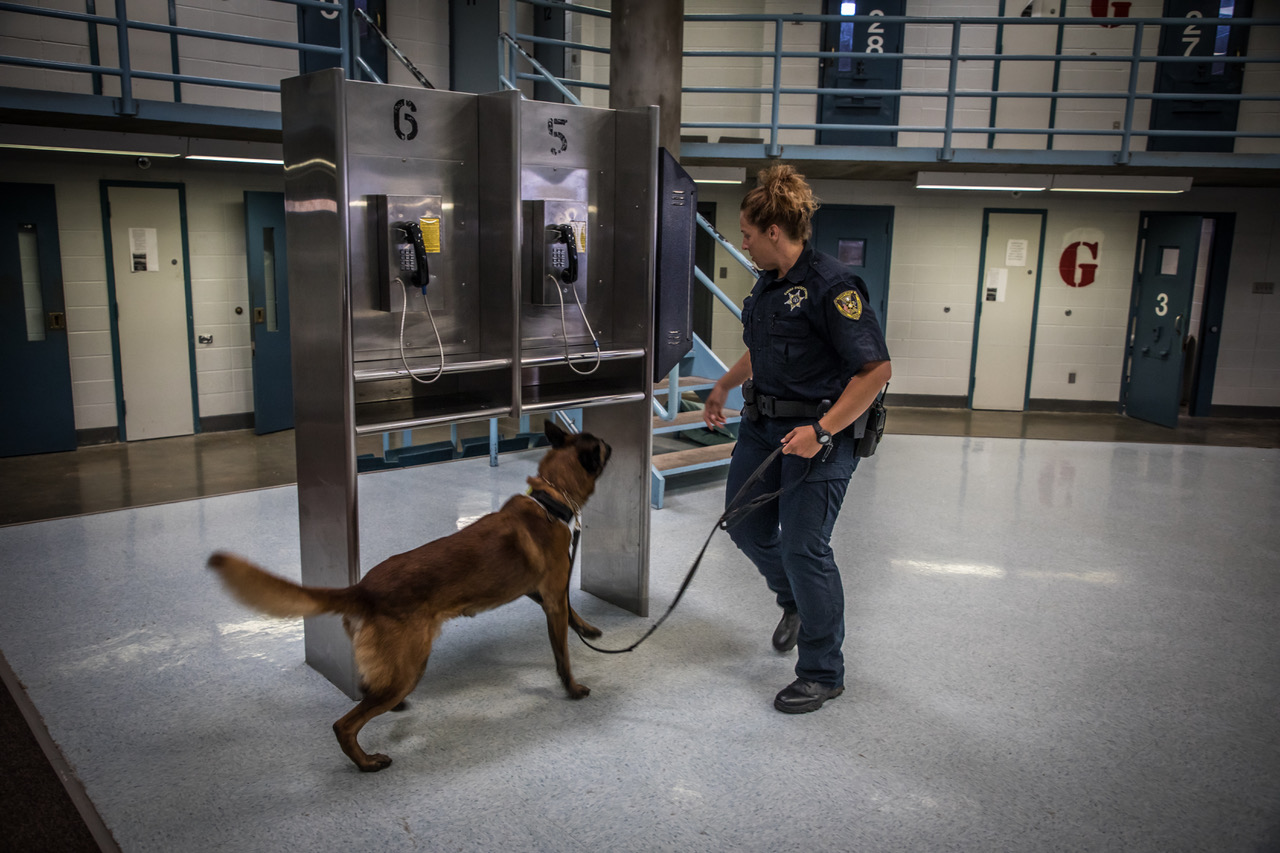 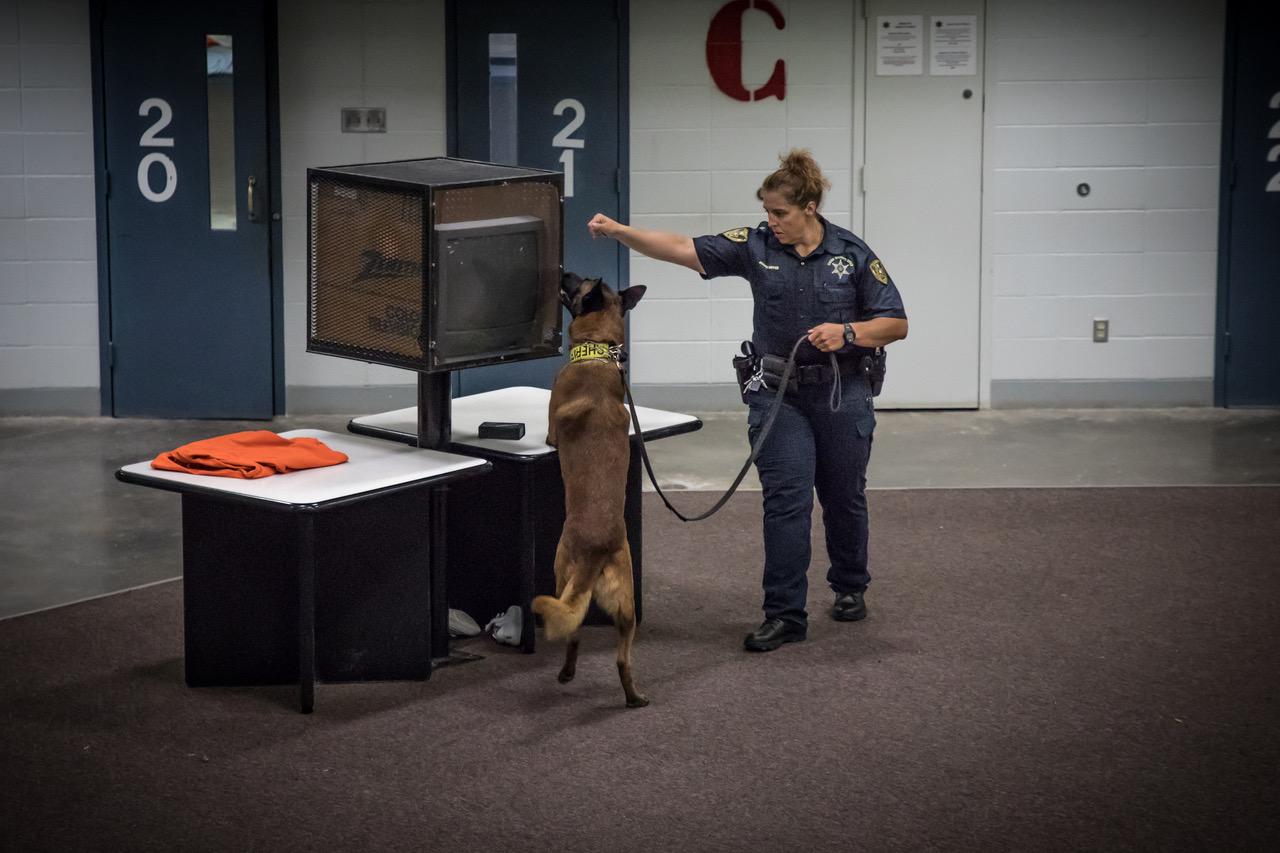 Sheriff’s canines are successful because a dog’s nose is much more sensitive than a human’s, perhaps a million times more sensitive. The canine nose has a nasal cavity rich with blood vessels and nerve endings that connect to a highly developed olfactory center in the brain. Their sense of smell is so powerful they can separate and identify smells even when they’re masked by other scents. In the past, Caddo sheriff’s canines have had no difficulty detecting drugs hidden in coffee, peanut butter, ammonia, axle grease, mustard, dryer sheets, and even vacuum-sealed bags.

Deputies use their dogs’ sense of smell to search vehicles, buildings, suitcases and other items. Canines assist deputies in locating illegal drugs during search warrants and can help establish probable cause to obtain a search warrant.

Patrol canines save manpower and time and, most importantly, can save deputies’ lives when used to apprehend violent suspects. Patrol dogs are a deterrent to crime and serve as a valuable community relations tool. They’re used to track suspects and find missing people, search buildings, apprehend barricaded suspects, and locate evidence used in a crime.

The Sheriff’s K-9 Unit includes one Labrador retriever and four Belgian Malinois dogs. Many of the dogs have been purchased with generous donations from Caddo Parish citizens. The dogs are the property of the Caddo Parish Sheriff’s Office but live at home with their handlers and their families.

The Caddo Sheriff’s K-9 Unit is certified through the National Police Canine Association.