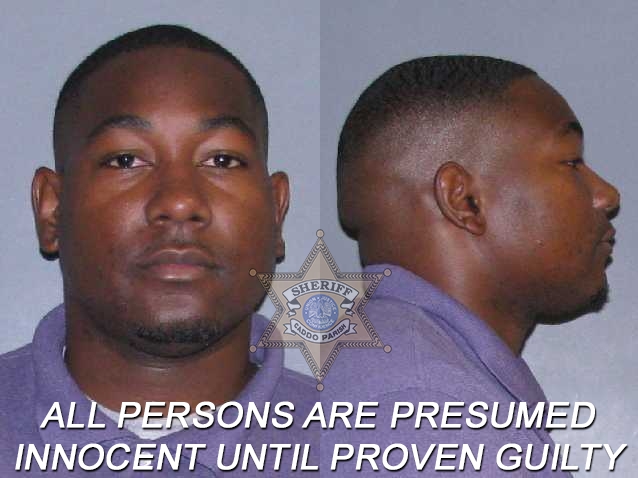 A Shreveport man was arrested by Caddo Sheriff’s deputies for robbing a repo agent on I-20 this past weekend, said Caddo Sheriff Steve Prator.

The robbery occurred just before 8 p.m. on Sunday, September 18, near the Weights and Standards scales. The victim said he had just repossessed a red Chrysler 300 from Rodricke Deshun Jordan, 26, when Jordan and two others – all driving separate vehicles – blocked him in on the interstate and caused him to stop his vehicle. The offenders got of their vehicles with one displaying a handgun in his waistband. Jordan took the gun and used it to bang on the victim’s window, while yelling at the victim and demanding money. The victim said when the magazine fell out of the gun, he got out of the vehicle and fled.

Jordan is accused of taking a bag from the Chrysler along with a key before leaving the scene.

Caddo Detective Terry Richardson obtained a warrant for Jordan’s arrest. After interviewing him today at the Criminal Investigations Division, Jordan was arrested for Armed Robbery/Use of Firearm and Aggravated Obstruction of a Highway of Commerce.