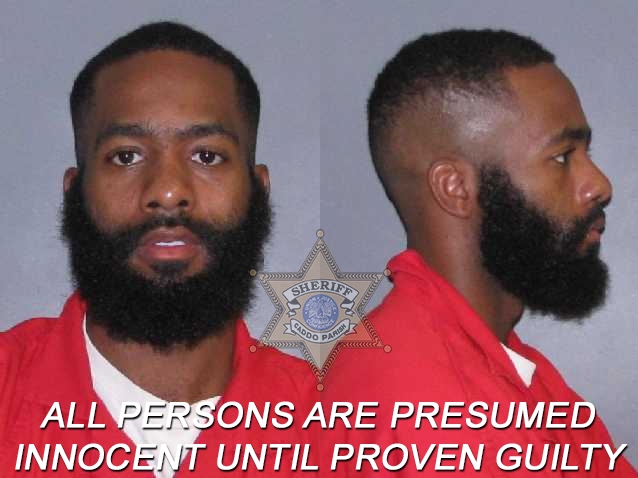 An Atlanta, GA, man wanted for the rape, robbery, and kidnapping of his girlfriend was arrested by Caddo deputies in Oil City earlier today, said Caddo Parish Sheriff Steve Prator.

Alfredo L. Capote, 30, was arrested at an apartment complex in the 100 block of North Dickey Street. Deputies with the Caddo-Shreveport Financial Crimes Task Force went to the apartment after connecting Capote to an ongoing counterfeit check operation. Deputies were conducting surveillance in the area when they identified Capote getting into a vehicle at the apartment. They stopped the vehicle and Capote, who was the driver, was taken into custody without incident.

Capote was wanted on a warrant from the Gwinnett County, GA, Police Department for the April 2016 rape, armed robbery, false imprisonment, kidnapping, and aggravated sexual battery of his girlfriend. He is accused of raping the woman at her Duluth home with her son present and then taking her to a Cobb County hotel and raping her again during “a brutal and prolonged assault,” according to Georgia media accounts. The next day, she reportedly escaped from Capote’s car and sought help from a stranger.

Three months later, the same woman was shot and killed while sitting in her Mercedes SUV at a Cheshire Bridge Road strip mall where she had visited a beauty salon. Described as an aspiring actress and model, the victim was killed one day before her 36th birthday. Georgia law enforcement says Capote is a “person of interest” in her homicide.

In 2016, the U.S. Marshal’s Southeast Regional Fugitive Task Force offered a $5,000 reward for information leading to Capote’s arrest. Caddo Sheriff’s Sgt. Bobby Herring, who was present at today’s arrest, said the Sheriff’s Office is working with the Atlanta Police Department in its murder investigation.

Locally, Capote is under investigation for operating a counterfeit check cashing ring. Herring said it’s believed that he printed and distributed fake checks valued at more than $10,000 over the past few months in Caddo Parish.

Capote was booked into the Caddo Correctional Center as a fugitive on the Gwinnett PD charges as well as a federal wire fraud warrant from the U.S. Marshal’s Service. He was arrested by the Caddo Sheriff’s Office on two counts of forgery and two counts of access device fraud.