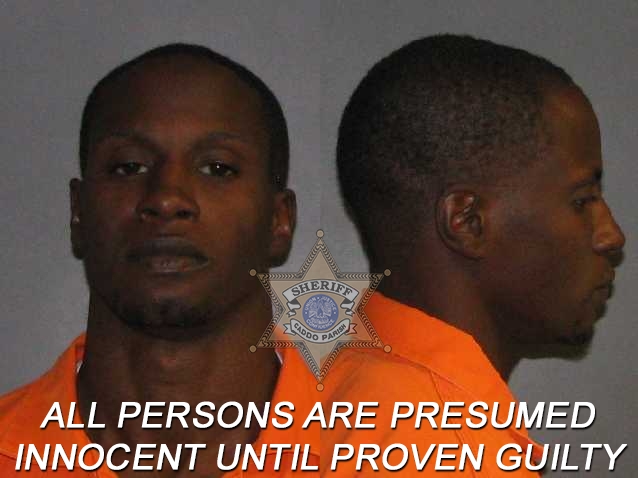 D'Anthony Antwon Thompson is being held on $125,000 bond in connection with the crimes that detectives say took place on September 5 in the 5500 block of Cashmere Circle.

Thompson, 25, and his 16-year-old girlfriend are accused of riding to Cashmere Circle with a female acquaintance in her rental car. Once there, Thompson and the juvenile got out of the vehicle and ordered the woman out too. When the woman refused and locked herself inside the car, Thompson shot at her, shattering the car window. Thompson then drove the car with the two women to an area near Fox Cove in Shreveport. The acquaintance was forcibly removed from the car, and Thompson and the juvenile fled.

During an investigation by Sheriff’s Detective Davis Romero, the juvenile was identified and subsequently arrested on September 26. She was booked into the Caddo Juvenile Detention Center for armed robbery.

On September 28, Thompson was arrested by Shreveport Police on a traffic violation and outstanding warrant obtained by Romero. Thompson was booked into Caddo Correctional Center for carjacking, attempted first-degree murder, and illegal possession of stolen things.