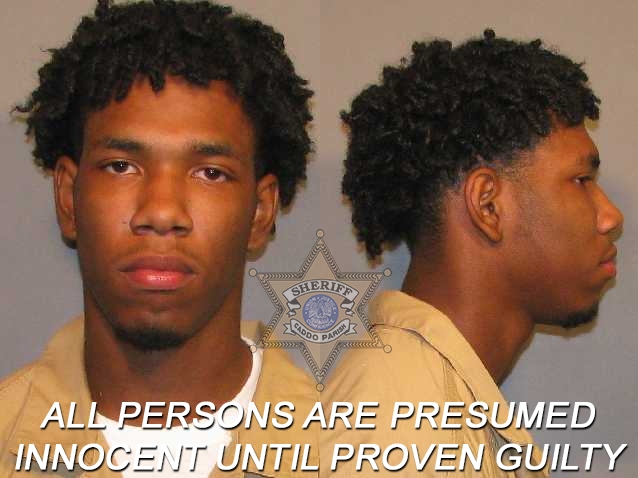 A quick response by deputies led to the capture of three teenaged males for their involvement in an armed home invasion in north Caddo Parish, said Sheriff Steve Prator.

Last night around 9:30 p.m., a woman with her 8 year old son reported a home invasion at 8310 Dixie Blanchard Road, Lot 96. The woman said three black males forcibly entered her home, held her and her son at gunpoint, and demanded money. The males left her home and ran towards LA Highway 1. The woman recognized one of them as her neighbor.

Caddo Sheriff’s Office Patrol responded to the call within minutes and set up a perimeter. Sheriff’s K-9, Drone Team, Detectives, and Crime Scene Investigators were dispatched to the scene. While responding, Detective Jeremy Prudhome noticed a black male walking along LA Highway1 within a mile and a half of the victim’s home. He identified the male as 17-year-old Jerimiah Enriquez, the neighbor the victim recognized during the home invasion.

Detectives were able to locate the other three males in a home loacted in the 6500 block of LA Highway 1. Detectives arrested Jerimiah Enriquez, Alex McCullough, and a juvenile for home invasion. The investigation is on-going.