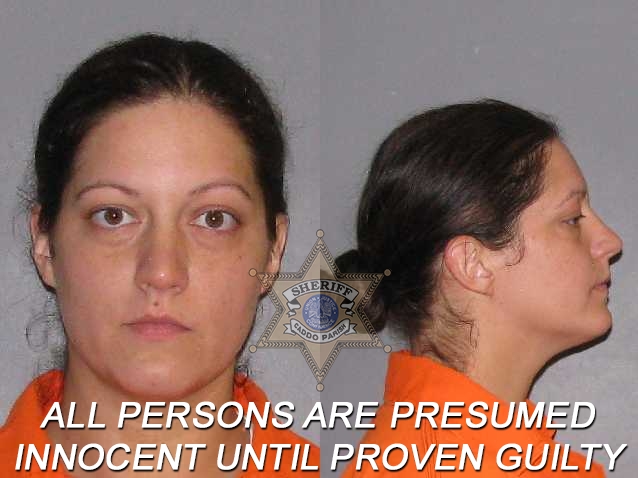 A Keithville woman was arrested on drug charges Monday after she was found with a suitcase full of marijuana, said Sheriff Steve Prator.

Patrol deputies were called to the 1000 block of Riding Club Lane for a family matter involving Heather Mayberry, 33, and a juvenile. During their investigation, deputies obtained consent to search the residence and located a suitcase containing 309 grams of high-grade marijuana in the attic. They also seized $3,699 in cash.

Mayberry was arrested by Deputy Justin Sundquist and booked into the Caddo Correctional Center for manufacture/distribution of schedule I, prohibited acts/use of CDS in the presence of a minor, and possession of drug paraphernalia.

Two children in the residence, ages 11 and 13, were released to a family member.