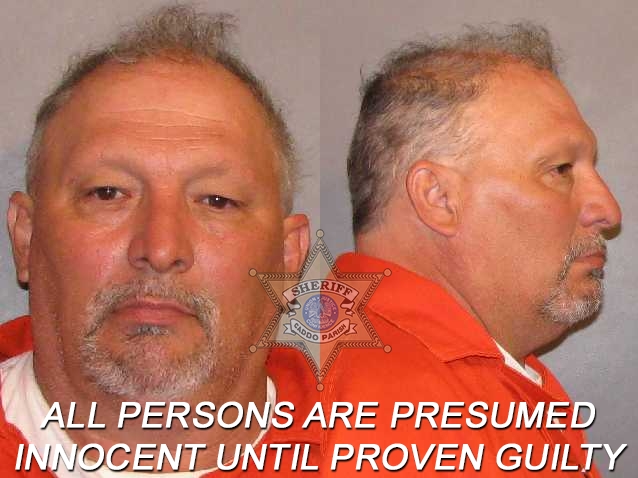 David Wilson Waters, 59, of the 6400 block of Thistle Lane, was arrested on May 8 for one count of Aggravated Rape and two counts of Molestation of a Juvenile.

Waters is accused of raping a 10-year-old girl. The offenses began in 1995 and continued for four years. Waters is also accused of molesting two girls, ages 7 and 8, in 2017. All of the offenses occurred at various residences in the parish that were occupied by Waters.

Deputies located Waters at his residence on Thistle Lane on Friday, placed him under arrest, and interviewed him at the Sheriff’s south substation. He was later transported to the Caddo Correctional Center for booking. Bond was set at $250,000 on the rape charge and $200,000 on each of the molestation charges.

The case was investigated by Dets. Jared Marshall and Larry Pierce.