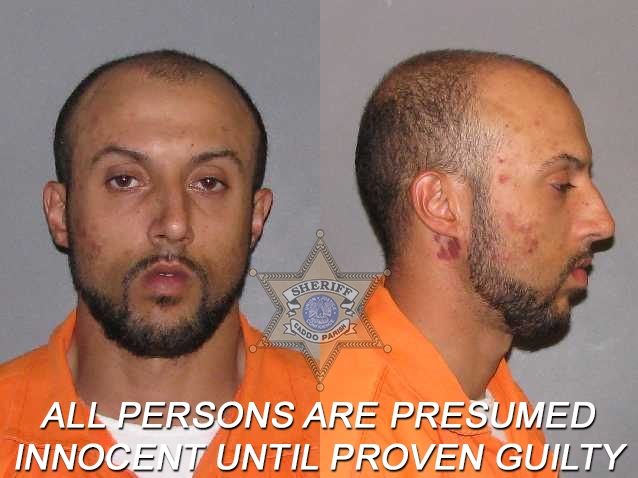 David Allen Shelton, 28, of the 6400 block of Hwy. 1, was arrested in Oil City on November 11, on a warrant obtained by Caddo Detective Nathan Everett. Shelton was located at a family member’s house by Cpl. James Norwood of the Patrol Division and was taken into custody.

He is accused of stealing two four wheelers – one on Roy Road and one on Hwy. 169 - and a vehicle from the KCS railway yard on North Lakeshore. At the time of his arrest, he was driving a vehicle stolen in Gilmer, Texas, and was in possession of a small amount of methamphetamine.

During the investigation by Everett and Det. Dennis Williams, it was learned that Shelton also stole items from a residential storage shed in the 100 block of Main Street in Oil City and burglarized a business on Hwy. 173 in Blanchard.

So far, Caddo detectives have recovered $51,000 in stolen property.