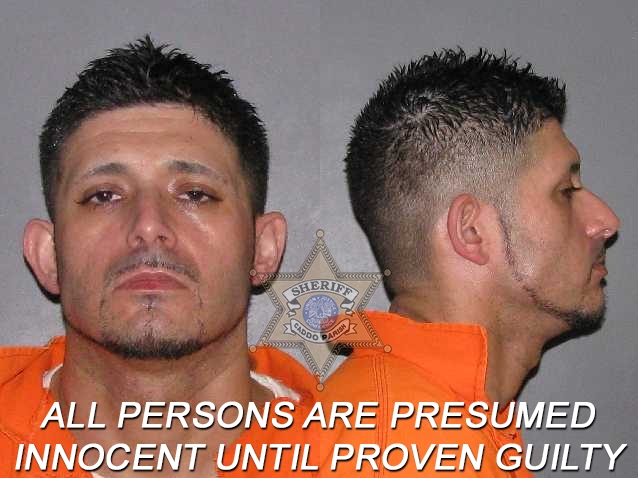 A kilo of meth was recovered from a southeast Shreveport apartment during a DEA Task Force investigation, said Caddo Sheriff Steve Prator. This was the second arrest at this location in the past few months.

On Tuesday, July 13, members of the Task Force and the Caddo Parish Sheriff’s Office Special Response Team executed a search warrant at 109 Southfield Drive. When agents arrived on scene, two suspects fled in a van, striking a Caddo Parish Sheriff’s Office vehicle, a DEA vehicle, and a wooden fence. A female suspect jumped from the passenger side of the van. The male driver, 38-year-old Jason Duncan, was apprehended and arrested a short time later.

During a search of Duncan’s apartment, agents seized approximately one kilo of methamphetamine. Duncan was charged with possession with intent to distribute over 400 grams of methamphetamine and booked into the Caddo Correctional Center. Charges against the female suspect are pending her release from the hospital.

In May, Duncan was arrested on drug charges after the Task Force and Caddo patrol deputies executed a search warrant and seized over 58 ounces of methamphetamine, approximately 61 grams of marijuana, and $30,000 in cash.