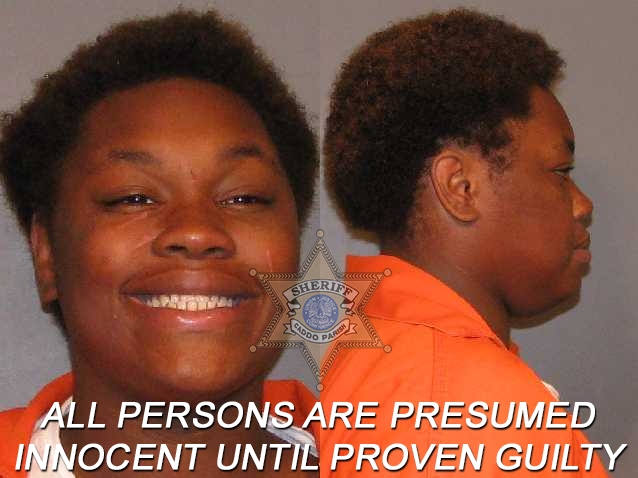 Caddo deputies have arrested a woman who was part of a band of thieves that stole vehicles to commit robberies. The robberies also involved macing their victims, said Caddo Sheriff Steve Prator.

Deonshanique Thompson, 21, was arrested on Monday, August 9, and booked into the Caddo Correctional Center for a robbery that occurred on the afternoon of June 28 at the Walmart on Northport Drive.

Two females pushed a cart of five flat screen televisions out of the garden center exit and loaded them into a white Cadillac Escalade. A male exited the front passenger side of the Escalade and helped the females load the televisions. Two employees tried to intervene and were sprayed with mace by one of the females.

Caddo Sheriff’s Det. Chris Daniel investigated the case and, along with other detectives, identified Thompson as one of the suspects. Daniel obtained a warrant for her arrest, and she was located and arrested by the U.S. Marshal’s Task Force.

Thompson was booked into jail on Caddo charges of simple robbery and two counts of aggravated battery. She was also booked as an in-state fugitive from Bossier City and faces multiple charges of armed robbery, motor vehicle theft, and theft of a firearm by Shreveport Police.

Assisting with the Caddo Sheriff’s investigation were Detectives Dennis Williams, Nathan Everett and Matt Purgerson, and Louisiana Probation and Parole.