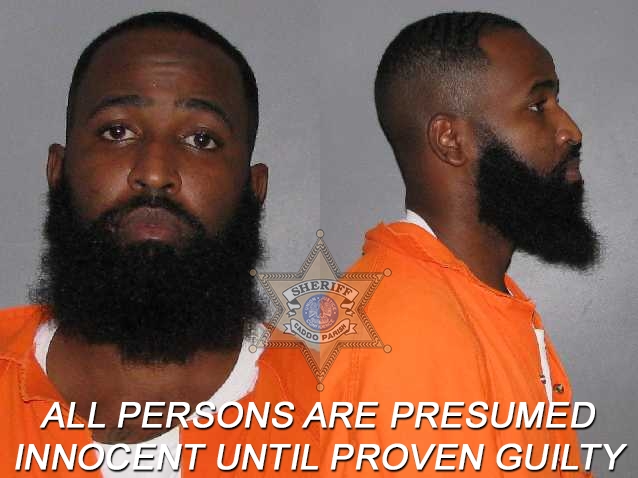 On September 28, an investigation by the Caddo Parish Sheriff’s Narcotics Unit in conjunction with the United States Postal Inspection Service led to the arrest of 33-year-old Ryan Johnson.

At one point in the investigation, K-9 Deputy Marc Herring attempted to pull over a white Mustang driven by Johnson. Johnson led Deputy Herring on a chase that ended on Murphy Street at Pete Harris Drive.

A package containing approximately 2 pounds of marijuana as well as an additional 750.2 grams of marijuana, packaging material, digital scales and a handgun were found in the car.

Ryan was taken into custody and a search warrant was executed at his home on the 3800 block of Michigan Blvd. where an additional 283 grams of THC products, three grams of methamphetamine tablets, narcotics packaging equipment and three guns were found.

Detectives also discovered two minors were living in the residence where the THC products and methamphetamine pills were found.