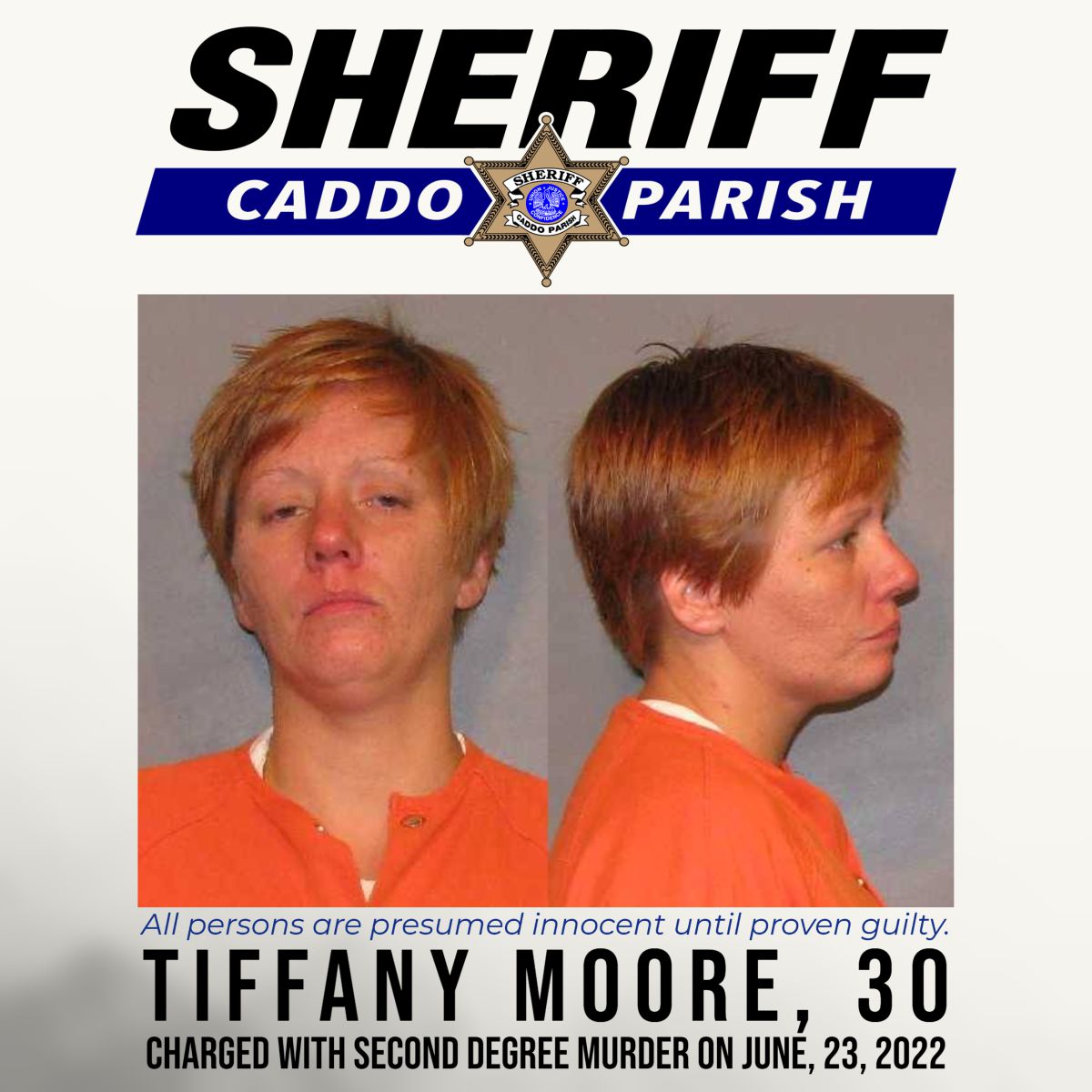 Caddo deputies arrested a Vivian woman after she killed her boyfriend in their home on Thursday morning, said Sheriff Steve Prator.

At approximately 7:40 a.m. Tiffany Moore, 30, visited Vivian Police Department to report that she had stabbed her 50-year-old boyfriend. Minutes later, a neighbor called 911 and reported the crime.

Vivian Police and Caddo Parish Sheriff’s Office quickly responded to the scene in the 200 block of East Texas Avenue. They discovered that the victim was stabbed once in his chest. Detectives and crime scene investigators gathered evidence and interviewed witnesses. After a thorough investigation, detectives arrested Moore.

Moore will be booked into Caddo Correctional Center on a charge of second-degree murder.

ORIGINAL RELEASE: One man is dead after a stabbing inside a home in Vivian on Thursday morning, said Sheriff Steve Prator.

Caddo detectives and crime scene investigators responded to the 200 block of East Texas Avenue just after 8 a.m. to gather evidence and interview possible witnesses. A suspect has been taken in custody.